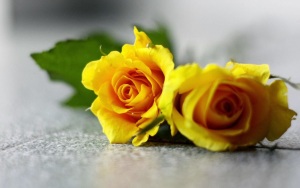 Fond aunt to many.

Born May 6, 1934 and Baptized at St. Salomea Catholic Church. Grew up in Roseland on Prairie Avenue. Attended college at Jones Commercial. In 1957 Jean joined the Women’s Army Corps Reserves as a WAC, where she worked every weekend in Hyde Park as an administrative assistant/dental hygienist. In 1958 before she was married Jean Jasek, she worked for Edward J. DerWinski in Blue Island.  After he won his seat in Congress, she moved to DC to work at the capital for the newly elected Congressman. Later Congressman DerWinski would go on to serve as the first Cabinet-level United States Secretary of Veterans Affairs. In 1962 she moved to Seattle WA for the Worlds Fair working as an administrative assistant to the manager of the Space Needle , with her office seated at the top of the space needle & her 360 view of the 10 million who attended the exhibition. Later in 1976 started working in banking eventually working for Chase/ JPMorgan. After she retired became a Hallmark card lady to keep busy. Visitation Saturday from 10am-12pm with Military Honors at 11am and Funeral Service at 12pm at the Maher Funeral Home 17101 S. 71st Ave Tinley Park (1 block east of Harlem on 171st St in the Olde Tinley Library).  Interment private. In lieu of flowers, per Jean’s wishes please send flowers to someone you love. (708) 781-9212.

To send flowers to the family or plant a tree in memory of Jean M. (Jasek) Brevak, please visit our floral store.