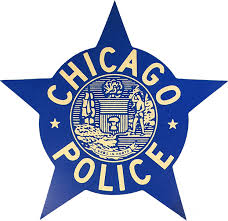 Pedro was a Gifted Brazilian Jiu Jitsu Fighter and teacher and was to receive his 5th degree Black Belt on November 2nd, 2019 and is also a black belt in Judo. Pedro accomplished his dream of becoming a Chicago Police Officer in 2013. A job he loved, honored and took on with genuine intention of protecting and serving the City of Chicago. He put his heart and soul into his work.

An avid climber, Pedro was teaching the craft to his wife, Caroline and daughter, Valentina. Often the three would go climbing together as a family in their spare time. Carol and Valentina have also developed a love for the sport. Pedro's strength and grace made climbing look effortless, even at the highest level of difficulty. Born and raised in Rio de Janeiro, Brazil, Pedro also had a profound love for the ocean and surfing. Yet another sport at which Pedro excelled. He believed in giving back to his community. Pedro taught self-defense to adults and children   and most recently at Holstein Park’s Girl’s Empowerment Camp. Pedro had a Heart of gold, the most kind, loving, generous husband, father, brother and son.  Pedro's biggest loves were his wife Carol and daughter, Valentina for whom his heart beat. Pedro loved hard, lived hard, fought hard and protected hard, and his presence will be eternally missed by so many around the world.

Interment private. In lieu of flowers , the Vianna Family is accepting donations to the Pedro Vianna Memorial Fund to help Carol and Valentina with unexpected expenses and for Valentina's education. Donations can be made via Venmo: @PedroVianna-MemorialFund or by donation at Pedro'sMemorial Services. Arrangements have been entrusted to Maher Funeral Home Tinley Park. For further information please call (708) 781-9212. To view and sign the guestbook please visit www.maherfuneralservices.com.