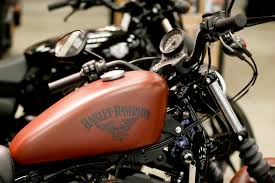 Daniel J Fuhrman, born September 15, 1960, passed suddenly at the age of 59 on January 29, 2020. Dan lived to help others in need, especially animals, and succumbed to a heart attack while assisting a woman whose dog had gotten loose and was running in traffic. In 2004 Dan left his IT position at the University of Chicago for a short but fortuitous stint at Matson Logistics where he met his wife Susan (Meyer) Fuhrman before returning to the University of Chicago in 2005. Dan and Susan built a home in Channahon in 2006 and were married in June of 2008 on a beach in Mexico. Born in Joliet, Dan was the son of the late Alvin and Agnes (Yedinak) Fuhrman and brother to the late David Fuhrman. Dan issurvived by Susan, his sister Debbie Greenland, in-laws Beth (Meyer) and Rich Konchan, Bill Meyer and his step-children George and Cindy Kiska. He was the proud uncle of Jason and Jennifer Greenland, Bryan McGee, PDylan and Grace Konchan.  Dan will be missed as a cousin, friend and “brother” to many. Dan had many interests, hobbies and passions. He proudly served in the United States Air Force from 1979 to 1983 stationed at Mather AFB and combined his support for the troops with his love of motorcycles by participating in the Freedom Run, the Wounded Warriors and Toys for Tots. On a 2018 vacation to Hawaii, Dan developed a passion for photography and displayed photos on pexels.com and his FaceBook page, Dan Fuhrman Photography. Other hobbies included DIY projects building RC cars, planes and drones and playing guitar. A lover of all animals, he especially enjoyed spoiling his Rottweiler, Cash, and Lab, Jake. Dan was an inspiration to many. Visitation Friday February 7th from 3-9pm. Funeral Service Saturday 11:00am at the Maher Funeral Home 17101 S. 71st Ave Tinley Park. In lieu of flowers donations can be made to Caring Patriots-Veterans Food Drive or Hopeful Tails Animal Shelter in Joliet.